One day the little chick Pit became huge, even bigger than the sun. Scientists start studying him and archaeologists even measure his footprints. Everything was tight on him, even his own home. A surreal and entertaining tale which reminds us that often not everything is as it seems. We need to look at things with new eyes and from different perspectives… and then maybe we might even discover some nice surprises!

Daniela Berti – (1992) is an Italian author and illustrator living in Bologna. Originally from a small town in the Treviso area, she studied visual arts and theatre at Iuav in Venice and illustration at Isia in Urbino and ESA Saint Luc in Brussels. In 2018 she obtained a special mention at the Concurso Internacional de àlbum ilustrado de Gran Canaria with the project “Dove è Pongomario?” and that same year she won the Rodari Prize at the Mille9Cento20 Video Fiabe Festival and the Faber Prize in Turin, with the video animation “Macula”. She has taken part in group art and illustration exhibitions such as “Mutatis” in Palermo, “Mediterranea 17” at the Fabbrica del Vapore in Milan and “Le immagini della Fantasia 33” in Sarmede. 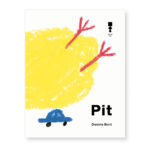 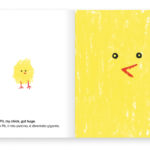 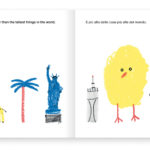 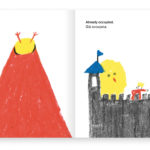